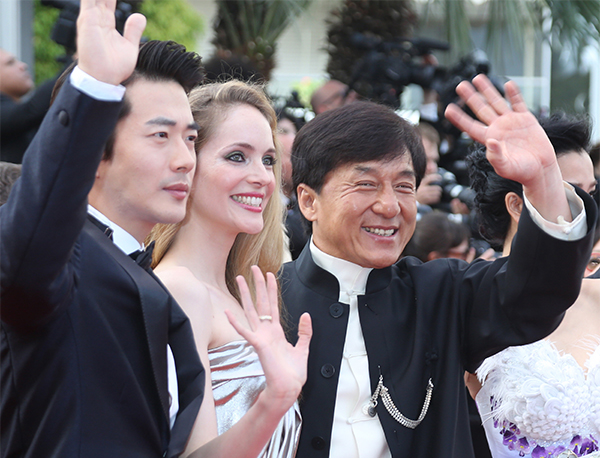 The breaking of the $100 million mark means the film has outperformed “The Avengers,” which ranked fifth at the Chinese box office last year.

“Chinese Zodiac,” starring Kwon Sang-woo and Jackie Chan, has shown great success since its debut on Dec. 20. It topped rankings at the box office after just one week in theaters, the distributor said.

The movie has captivated Chinese audiences with shocking stunts by action legend Chan as well as Hallyu star Kwon.

The success of movie seems to be fueling the popularity of Kwon in the Chinese market.

On Weibo, one of China’s major social networking sites, users are continuously posting enthusiastic reactions to the film and to the Korean actor.

The flick will be shown at theaters in Korea starting next month.