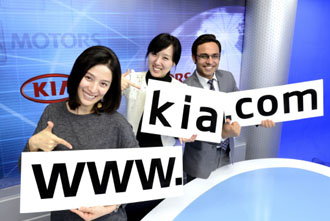 Kia Motors, Korea’s second largest carmaker, said yesterday that it aims to sell some 480,000 vehicles in the domestic market this year to maintain its share amid a slump in the local economy.

Kia said it will put its all-out efforts to achieve the sales target and attain a market share of over 32 percent by strengthening aggressive sales marketing and promotions.

It will introduce revamped models of the Carens compact multipurpose vehicle and the Soul box car within the year to drive up its sales, the company added.

In order to counter slumping domestic sales, Kia has frozen prices of the newest models of its luxury sedans such as the K9, and lowered prices of some popular cars, including the K5 midsize sedan. Yonhap