MC Hammer a fan of No Hong-chul

MC Hammer a fan of No Hong-chul 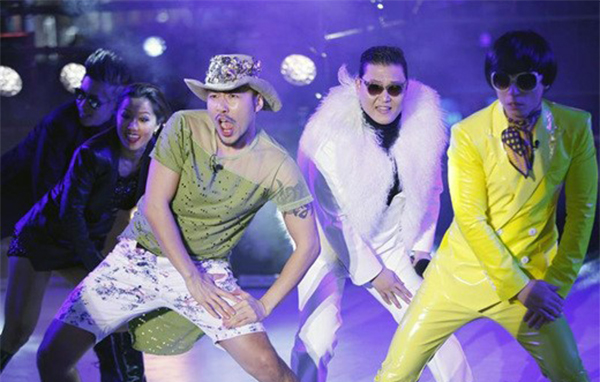 Comedian No Hong-chul has received an endorsement from MC Hammer.

Psy asked the rapper who among the three visiting “Infinite Challenge” panelists - Yu Jae-seok, Haha and No - was most likely to succeed in America. MC Hammer pointed to No, who was wearing a Snoopy costume and said, “This dog.”

Another U.S. celebrity also “acknowledged” his potential by laughing at him.

KBS Entertainment Weekly on Saturday aired an interview with actress Dakota Fanning, who was visiting Korea to film a commercial, and she burst into laughter when shown a photo of No, in which No made a serious look with a poodle-like hairstyle.