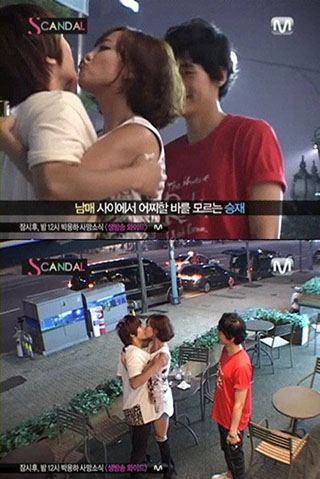 Actress Ko Eun-a cleared the air once and for all about her love of her brother.
Ko, who has been blasted by the media and netizens alike for having kissed her boy band member brother Mir in public said that the two are just very affectionate.

While on the MBC show “Talk Club Actors” on Jan. 14, Ko said that her MBLAQ brother grew up being touchy-feely with one another.
“I understand that others see him as an idol singer and a sort of big deal, but to be he’s just my little brother,” said Ko who added that because they don’t get to see much of one another that they went out of their way to show how much they love one another.

“In our family we kiss quite frequently, but now I’m scared to even pose with my brother,” said the actress.

The two entertainers had appeared on a TV show earlier where they kissed on the lips.