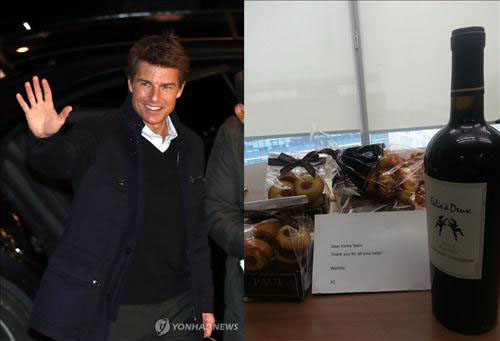 Hollywood star Tom Cruise has shown his generosity and love for Korea by leaving gifts for staff members who worked on his press conference in the country.

CJ Entertainment said on Jan. 15 that Cruise, who stayed in the nation from Jan. 9-11 to promote his latest film “Jack Reacher,” treated staff to cookies and wine as well as a card.

This isn’t the first time that Cruise has left mementos behind for employees.
While in Korea to promote “Mission Impossible: Ghost Protocol” back in 2011, he sent flowers.