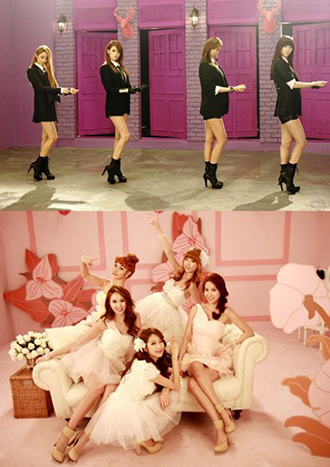 Nine Muses is coming back! To mark its return, to take place on Jan. 24, its agency Star Empire has released a picture taken from the set of the band’s music video.

In the picture, the group is divided into two: Nine Muses White and Nine Muses Black.

Members picked for White are: Leesem, Euaerin, Sera, Minha and Hyemin.
The members of the other group are: Kyungri, Hyuna, Sungah and Eunji.

The agency said that through the two subunits, the group hopes to tell two tales through one song.

The group will debut its new song on Jan. 24 through Mnet Countdown.