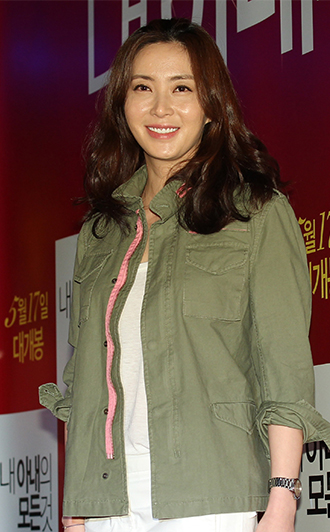 Song Yoon-a will make her comeback to the small screen after a five-year hiatus.

The 41-year-old actress is married to actor Seol Kyung-gu. She last starred in a drama back in 2008 and is eyeing a return sometime this summer.

“There’s no date set for her return, but we hope that she’ll take part in a project this year as her fans are waiting,” said her agency.

Entertainment insiders say that she will return around fall, at the latest, to do what she does best.

Then in 2011 she joined a cooking show on cable channel Olive which still airs, where she dispenses cooking tips.

Song has also dabbled in hosting at tvN’s talent-survival program “Korea’s Got Talent.”

Her husband has also spoken about her possible return while promoting his latest film “The Tower.”