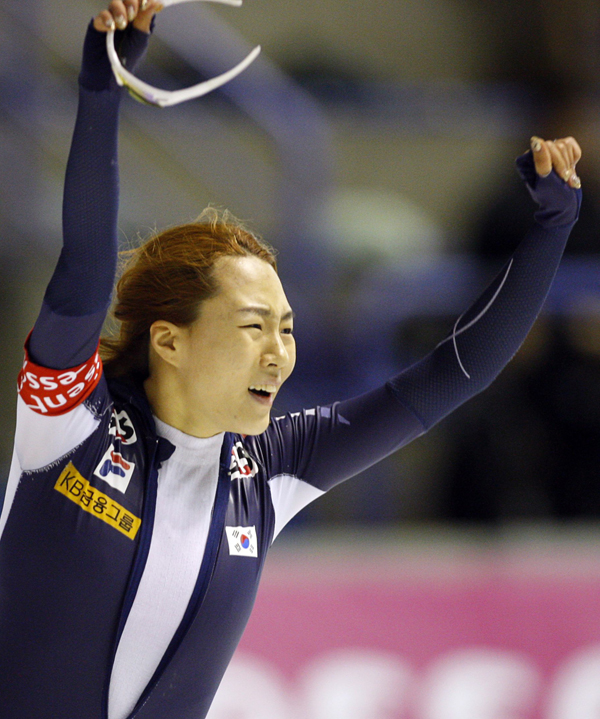 Lee won the race with 36.80 seconds, taking 0.14 seconds off the previous record set by Yu Jing of China last January. Yu was the first woman to break the 37-second mark in the 500 meter event. Heather Richardson of the United States was second at 37.42 seconds, followed by Margot Boer of the Netherlands at 37.54. Yu was a distant fourth at 37.66.

The Speed Skating World Cup kicked off the season last November in Heerenveen, the Netherlands. After stops through Russia, Kazakhstan, China, Japan, Canada and Germany, the nine-race season will conclude with the World Cup Final back in Heerenveen in March. Winners of individual races earn 100 points toward the World Cup standings, followed by 80 points for the runners-up and 70 points for the third-place skaters, and so forth.

So far this season, Lee leads the pack with 800 points, with Jenny Wolf of Germany, a six-time World Cup overall champion, well back at 481 points. [AP/YONHAP]