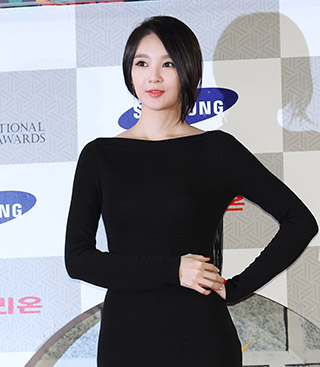 After Kang Min-kyung’s latest commercial for Gillette razors caused quite a stir online, the Davichi singer’s agency said that Kang was upset at the turn of the events.

“We weren’t consulted as much as we’d like to have been,” said the agency in regard to the video that was uploaded a day before. In it, Kang plays the role of the viewer’s girlfriend, interacting seductively though creative framing and sound effects.

But the star asserted that she was not fully aware of how she would appear on camera.

“Initially, they promised that they’d only reveal the video after talking it over with us,” said Core Contents Media.

Since netizens expressed shock over the suggestive video, the company has disabled the video feed, although the audio remains.

It hasn’t been a good week for Kang. Last Thursday, she took part in boy band Speed’s comeback on “Mnet Countdown” and made a blooper during the live show, leading her to apologize repeatedly.