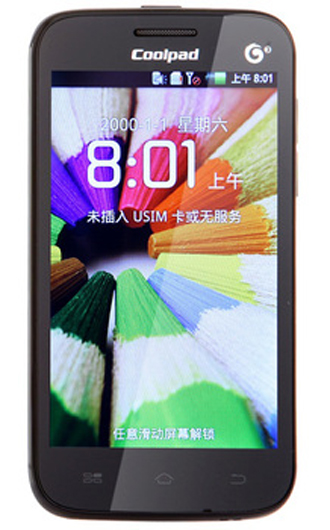 Apple is being outsold in China, the world’s largest handset market, by a company less than 1 percent its size, highlighting how the lack of low-cost products limits the iPhone-maker in emerging nations.

China Wireless Technologies is one of four domestic suppliers outselling Apple in China with smartphones tailored to the budget of the nation’s budding middle class. Its Coolpad 8060 retails for 619 yuan - or just under $100 - less than 20 percent the price of the cheapest iPhone.

China Wireless expects sales to rise 40 percent this year to 28 million phones, helped by low prices and new products such as fourth-generation handsets. Apple, whose smartphone has made it the world’s most profitable company, slipped to sixth place in China from fourth as it struggled to lure consumers earning an average of $577 a month.

“Apple, with its current stable of products, is unlikely to rank high as long as the general level of affluence in China is low,” said Magdalene Choong, a Phillip Securities analyst in Singapore who rates the company’s shares neutral.

Apple is trying to boost sales by opening more stores, adding an installment payment plan and seeking a handset deal with China Mobile, the world’s largest phone company by subscribers.

The company is also planning a smaller, cheaper version of the iPhone aimed at developing markets. The handset, costing somewhere between $99 and $149, would be introduced late this year at the earliest, a person familiar with the matter told Bloomberg News this month.

Apple’s iPhone made up about 15 percent of all smartphones sold in the third quarter of 2012, down from 23 percent in the first three months, according to data compiled by Bloomberg Industries, citing market researcher IDC. Smartphone shipments may grow 28 percent this year, led by emerging markets.

Apple “needs to adapt to where the growth is,” former Apple Chief Executive Officer John Sculley said in a Jan. 15 interview with Bloomberg TV. “It’s got to learn how to sell products that are priced for the price point that the emerging middle class in Asia, for example, can afford.”

China smartphone shipments will rise 44 percent to 300 million units this year, driven by handsets costing about 700 yuan ($112), IDC forecast on Dec. 17. The 619-yuan Coolpad runs on Google’s Android operating system and has a four-inch touchscreen display.

“The low-end devices will get cheaper and better,” said Sandy Shen, a Gartner analyst in Shanghai. “If you talk about market share, then the high-end will get smaller and smaller as the market expands.”

The cheapest iPhone on Apple’s China Web site, an 8-gigabyte iPhone 4, costs 3,088 yuan. The latest iPhone 5 starts at 5,288 yuan. Carolyn Wu, a spokeswoman for Apple in Beijing, declined to comment on the company’s China strategy.

As Apple’s share of China’s smartphone market declined, China Wireless surged to third place in the three months ended September, up from sixth in the preceding quarter, according to IDC. That was the first time the company entered the top five.

Samsung Electronics headed the list, helped by tie-ups with all three wireless carriers and sales of cheaper phones. The Samsung 7568 Galaxy smartphone costs as little as 1,299 yuan through China Mobile.

The top five was rounded out by three other local vendors that have also overtaken Apple handset sales in China by offering devices at a fraction of the iPhone’s cost, according to IDC. Beijing-based Lenovo Group was in second place, while ZTE and Huawei Technologies, both based in the southern city of Shenzhen, ranked fourth and fifth.

“We’ve had strong growth in sales volume and revenue because our company is focused on the low end of the Chinese market,” China Wireless CFO Jiang Chao said in an interview at the company’s headquarters, also in Shenzhen. “Only Chinese companies like ours, ZTE, Huawei and Lenovo can develop these low-end smartphones.” Bloomberg