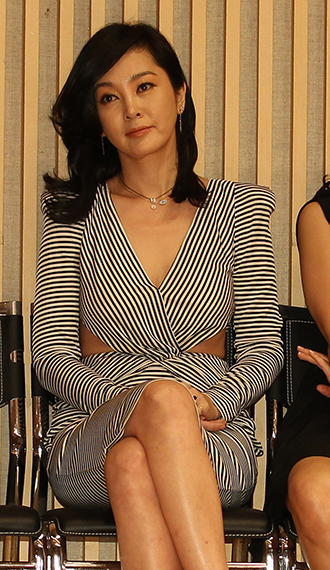 Lee Seung-yeon’s TV show “Lee Seung-yeon and 100 women” has been cancelled for the time being after news broke that the actress is being investigated for illegal propofol usage.

StoryOn, the cable channel which airs the beauty show hosted by Lee, said that filming has been cancelled after the network found out that Lee was summoned by the Prosecutors for use of the drug that is popular among entertainers.

Meanwhile Lee’s agency JI Story Entertainment issued a press release saying that the 44-year-old actress had legitimate reasons and prescriptions for the drug.

“Lee Seung-yeon injured herself on the job back in 2003. She fracture her spine as a result and was given prescription for it by doctors,” explained the agency, stating that Lee’s condition recurred during winter.
“So she takes it [the drug] for medical reasons when she needs to, and she’s never used it for any other reason.”
In regards to allegations that Lee asked for the drug at skin care clinics, the agency said that she was administered the drug as an anesthesia.

Lee’s case was highlighted after actress Jang Mi In Ae was probed for the use of the same drug earlier in the week.
Since Jang’s investigation, Lee and another unidentified entertainer is being probed by the prosecutors.