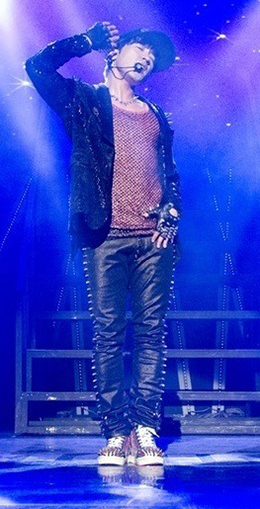 About 2,000 fans came to the Taipei International Convention Center, the agency said.

During the fan meet “2013 Lee Min-woo M Style Show in Taiwan,” the 33-year-old singer who goes by solo stage-name M performed songs from his solo albums, such as “Believe in Love,” “Just one Night” and “Minnovation.”

“This year marks the 15th anniversary since I debuted as a Shinhwa, and 10 years since I have built a solo career as M and I am thankful that I could spend happy time with Taiwanese fans and make precious memories,” Lee said in a statement issued by the company. “I want to meet you again in Taiwan and come back for concerts with new albums of Shinhwa and M.”

The company said that hundreds of Taiwanese fans scrambled to buy the tickets as soon as the company began selling the tickets for Lee’s solo fan meet last month.