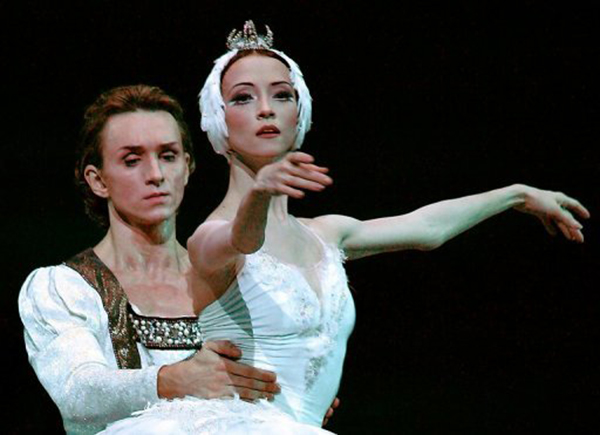 
MOSCOW - One of the Bolshoi ballet’s best known ballerinas has fled Russia for Canada after receiving threats over a business dispute involving her husband, a Russian newspaper reported Tuesday.

Svetlana Lunkina told the Izvestia daily she had taken leave from the theater until the end of the season over troubles stemming from a film in which her husband was involved.

Izvestia said she had already been outside Russia for half a year and there is no clear link between her problems and the acid attack this month on the Bolshoi ballet’s artistic director Sergei Filin.

Nevertheless, the flight from Russia of such a high-profile figure underlines the tense atmosphere at the Bolshoi after the Filin attack which the management has blamed on internal conflicts.

“I think we need to react to these threats. These people have no right to interfere in our private lives or my professional work,” Lunkina told Izvestia without making clear the nature of the threats.

Lunkina, who has danced with the Bolshoi since 1997, is one of the company’s most experienced stars and was due this year to appear in a new work by the British choreographer Wayne McGregor.

“I was supposed to be doing a lot of interesting work, including several premieres,” she said.

Lunkina said the threats were linked to a project her husband, the producer Vladislav Moskalyev, had been working on to make a film about the great Russian imperial ballerina Matilda Kshesinskaya.

Moskalyev fell out with his business partner and was thrown out of the project.

He is now being sued for $3.7 million by his former partner in the project.

The Bolshoi’s spokeswoman Katerina Novikova confirmed to Izvestia that Lunkina had requested leave for the season and that this had been approved by the company.

But she said it was unclear how the company could help Lunkina given that the dispute was linked to her husband’s work.

Filin is currently in a hospital in Moscow and has undergone several operations to save his eyesight and repair the disfigurement he suffered after a masked attacker threw acid on his face and eyes on Jan. 17. AFP