Marriage on the rocks for Lee Joon and Oh Yeon-seo

Marriage on the rocks for Lee Joon and Oh Yeon-seo 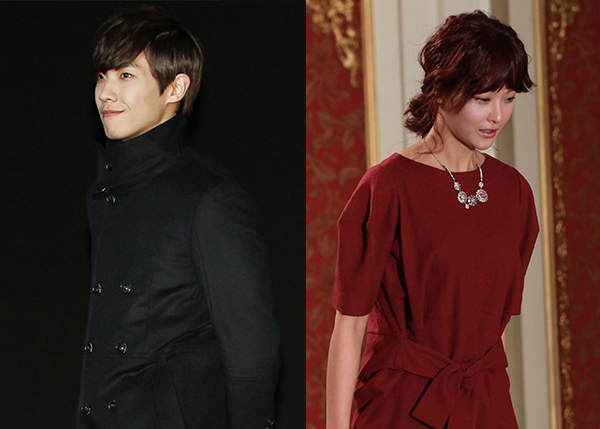 
Following a few tumultuous leak since “wife” Oh Yeon-seo was spotted in the arms of actor Lee Jang-woo, the mock-reality marriage between Oh and MBlaq’s Lee Joon may soon be over.

The stars’ forced union on the show “We Got Married” is being questioned on the network, and while the official announcement hasn’t been made, things are looking grim.

It seems that the couple that drew in ratings with their lovey-dovey affection toward one another didn’t stand a chance against reality.

After paparazzi pictures of Oh and her co-star Lee Jang-woo from a drama were spotted embracing, Oh’s agency denied the allegations.

“They are just close friends,” was the official stance of Oh’s people.

At the time, MBC said that it would keep up with the charade, too.

A few weeks later, Lee Joon’s post on his official fan club Web site also set tongues wagging. In the post that was deleted as soon as it was posted, Lee said he was “sick of faking it.”

Although a bit vague, the idol singer went on to say, “I think I’ve had about enough because I’m human and I can’t fake it.”

Many assumed that this was a dig at the hit MBC show.