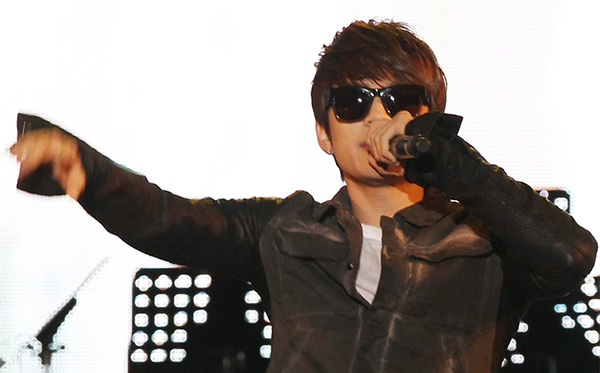 
Se7en will bid adieu to Japanese fans with one last song. Before he enters mandatory military service at home, the singer will release a single titled “Arigato” (“Thank you” in Japanese).

According to the 28-year-old’s Japanese Web site, the new song contains his feelings about his fans. It is also the first Japanese song for which he attempted to write lyrics.

Before he enters into the Army for two years, the singer will also entertain fans one last time with a “Se7en 2013 Concert in Japan” to kick off on Thursday in Tokyo.

After performing for two nights in the capital city, Se7en will make his way to Kobe.

Last year, media speculated on when the entertainer would enter military service as he was nearing 30.

His girlfriend, actress Park Han-byul, also commented about the issue at a press event last June.

When asked about the future of her 10-year relationship to Se7en, she said that marriage will come after the army. By Carla Sunwoo