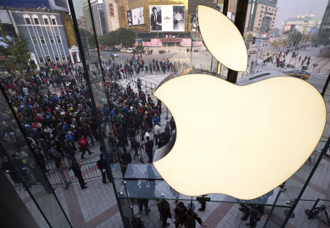 Apple on Thursday failed to persuade a U.S. appeals court to review its decision allowing Samsung Electronics to continue selling the Galaxy Nexus smartphone while a patent-infringement case is pending.

An October decision, which said Apple needed to show that the patented search feature was a key reason consumers bought the Samsung phone, will stand, the U.S. Court of Appeals for the Federal Circuit said in an order posted Thursday.

Apple sought to have the earlier decision by a three-judge panel considered by all active judges of the appeals court, which specializes in patent law. The case is one of dozens worldwide in which the two biggest makers of smartphones are using their patents in an effort to curb each other’s growth or force changes that would create greater product differentiation.

In a separate dispute before the Federal Circuit, Apple is trying to halt sales of Samsung products that were the subject of a trial Apple won in August. The judge in California declined that request, citing legal reasoning in the Federal Circuit’s October ruling.

The standard would make it “essentially impossible for a patentee to halt a direct competitor’s deliberate and successful copying of the patentee’s innovative designs and features for use in competing products,” Apple told the court in a filing Jan. 16.

Kristin Huguet, an Apple spokeswoman, and Adam Yates of Samsung said their companies had no comment on the decision.

Apple, which claims Samsung “slavishly” copied the iPhone and iPad tablet computer, said the October ruling hinders its efforts to get court orders to force Samsung to change its products or remove certain models from the market. Samsung denies copying Apple’s devices.

In a Jan. 11 filing in the Galaxy Nexus case, Samsung said the October ruling, requiring a link between the patented feature and consumer demand, is “an inherent, well-established” part of legal analysis used to determine whether a patent owner would be harmed by sales of an infringing product.

A trial in the Galaxy Nexus cases is scheduled for next year, and the issue before the appeals court was whether to halt sales until then.