Moviegoing is a must for Jun Ji-hyun

Moviegoing is a must for Jun Ji-hyun 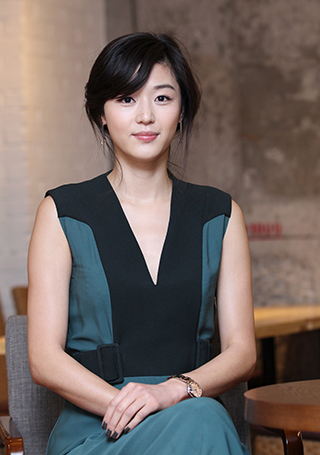 Going to the movies isn’t merely part of the job for actress Jun Ji-hyun. Movie-going is a route to romance, Jun said on Saturday. She heads out to the theater when she wants a romantic evening with her husband.

“I always watch a movie on a date with my husband,” Jun said in an interview with KBS 2 “Entertainment Weekly.” Jun, 31, known best for her role as a quirky heroine in the 2001 hit “My Sassy Girl,” married Choi Jun-hyuk, an employee of an American bank, last year.

The actress, who is known by many fans for her cold, reticent image, said she tried hard in her 20s not to make mistakes in life. But in fact, she said, she is optimistic and cheerful by nature. She said that it was not easy to enjoy date with Choi out in public before they married, but it’s easier now. Jun, who starred in the 2012 hit “The Thieves,” has come roaring back with spy thriller “The Berlin File,” which also stars top actors Ha Jung-woo, Han Suk-kyu and Ryu Seung-beom. The film attracted 1.68 million viewers in the four days since its release through Saturday, according to the Korean Film Council. By Moon Gwang-lip