Toyota said yesterday it has a goal of selling 18,000 vehicles in Korea this year to continue on its 2012 success.

According to the Korea Automobile Importers and Distributors Association, the Japanese automaker last year sold 15,771 vehicles, up 73 percent from the previous year. The company’s Toyota models accounted for sales of 10,795 units, compared to 4,976 for the Lexus luxury brand.

“Last year, we tried our best to escape from sluggish sales due to the earthquake and tsunami in 2011,” said Toyota Korea President and CEO Hisao Nakabayashi during a press event yesterday in Yongsan, central Seoul. “It was also a meaningful year for us since our new Camry was selected Car of the Year by the Korea Automobile Journalist Association.” 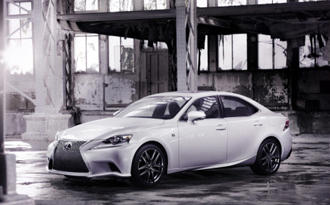 Nakabayashi said this year the company hopes to sell 11,000 Toyota and 7,000 Lexus vehicles. He estimated that 145,000 foreign cars will be sold in Korea this year, with an increase in share for small cars with engine displacements of 2,000 cc or less.

“Last year in the imported car market, the sales of hybrid models grew from 3.7 percent to 4.8 percent,” he said. Toyota Korea said it will release new editions of the Lexus IS and Toyota RAV4 no later than June, while also planning to introduce the Toyota Avalon during the third quarter.

In particular, the third-generation Lexus IS unveiled at the Detroit Auto Show last month is considered to be a top competitor for best-selling German models like BMW 3 Series, Mercedes-Benz C-Class and the Audi A4.

Toyota, which was the world’s No. 1 car company last year with 9.75 million vehicles sold, is expected to benefit from a weaker yen, but Nakabayashi emphasized no price adjustments are planned.

All Lexus models sold in Korea are imported from Japan as are all Toyota models except the Camry, Sienna and Venza, which are made in the United States.

Along with sales, Nakabayashi said Toyota Korea also plans to increase its contributions to society. According to the company, it helped more than 200,000 Koreans last year through volunteer activities and will try to increase that figure to 350,000 by 2015.

In a video message at the event yesterday, Akio Toyoda, president and CEO of Toyota Motor, also reaffirmed the company’s commitment to its Korean customers.

“When I visited Korea last year, I felt that cars in Korea were all attractive and appealing,” Toyoda said. “As we provide better and environmentally friendly vehicles to the market, I hope Korean customers watch us carefully.”