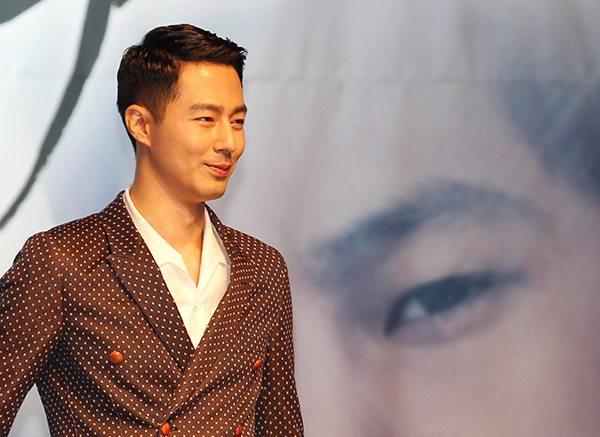 Just days before his new drama hits the airwaves, Zo In-sung was rushed to the emergency room.

According to a source from the set of SBS’ “That Winter, the Wind Blows,” Zo was filming a scene in which he punches a wall when a glass object fell on his hand, resulting in a gash that required 13 stitches.

The incident happened on Monday in Icheon, Gyeonggi. People working on the drama were surprised at the speed of Zo’s recovery.

“Despite the gravity of the injury, Zo came back to the set straightaway and carried on,” a crew member said. Luckily Zo didn’t have filming commitments on the following day, so he took time to rest up, but on Wednesday, he was back to work.

“Because it’s his first piece in more than five years, he’s so determined to make it a success,” an SBS staff member said.

In the drama, which will begin airing Wednesday, Zo plays the role of a professional gambler and is tipped off to show an array of emotions and action scenes alongside Song Hye-gyo.