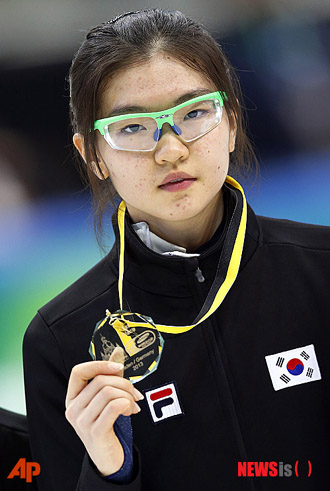 Shim Suk-hee, 16, finished the race with a time of 1:30.685, claiming gold on Saturday at the ISU World Cup in the German city of Dresden. Lee So-youn and Park Seung-hi came in second and third, winning silver and bronze.

Shim's latest gold medal comes after she won two gold medals in the women's 1,000-meter short-track final at two previous international competitions organized by the International Skating Union in the Canadian city of Calgary and the Chinese city of Shanghai last year.

Sin Da-woon, 20, won the men's 1,500-meter title, clocking in at 2:13.149. He edged out American rival J.R. Celski and Canadian Guillaume Bastille, who came in second and third, respectively.