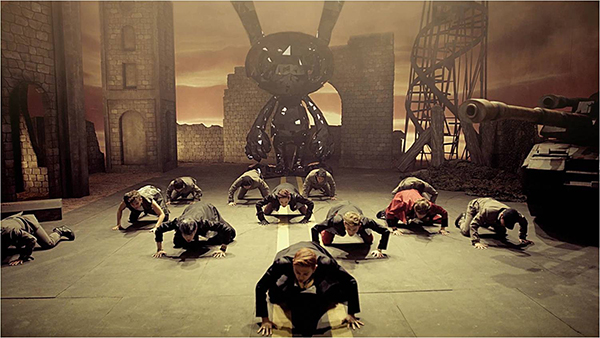 The video to the song “One Track” was uploaded on Feb. 12 and was shot in 10 locations throughout Korea and the Philippines.

Apparently the video took more than 100 hours to make and features a tank in it, too.
The members assume a gangster feel in the action drama, which includes three additional songs on top of the title track that it is named after.

The group’s second EP “One Show” was released on the same day.