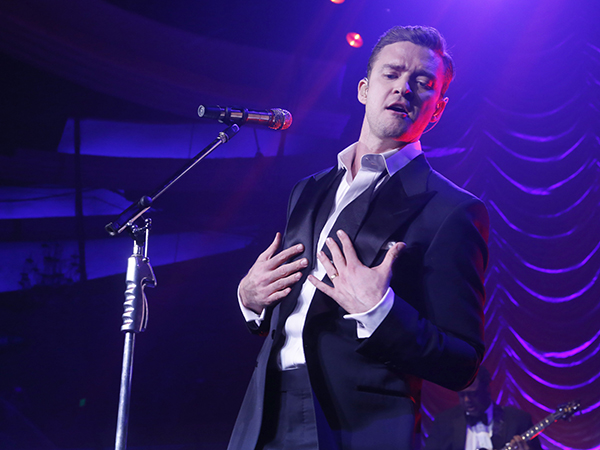 After Justin Timberlake’s performance at the Grammy Awards, the pop star electrified during a 90-minute set at the Hollywood Palladium.

Timberlake sang familiar hits - from “Senorita’’ to “Rock Your Body’’ to “My Love’’ - as well as new R&B numbers from his anticipated new album. He was easygoing onstage - as if he’d never left.

Like at the Grammys, Jay-Z joined in for “Suit & Tie.’’ Beyonce was looked on, along with Kelly Rowland, Neil Patrick Harris, Timbaland, Lance Bass and others.

Timberlake apologized to the eager crowd for taking so long to release new music. His last album was out in 2006.