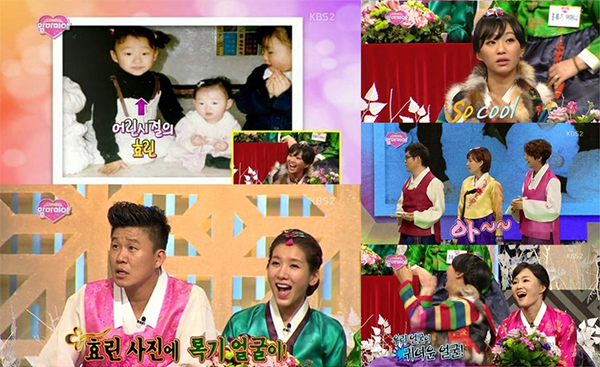 Sistar’s Hyolyn admitted that she had work done on her eyes while appearing on KBS 2TV’s New Year special of “Mamma Mia.”

The revelation came when a picture of Hyolyn as a youngster was shown on air. In the picture, Hyolyn had markedly smaller eyes than now which had the hosts of the show wondering what had happened to her.

Another guest on the show, comedian Hong Rok-gi, known for his small eyes commented by saying, “Why is there a picture of me?”
The girl group member could sit silent no more and came forward to say “yes I had my eyes done.”