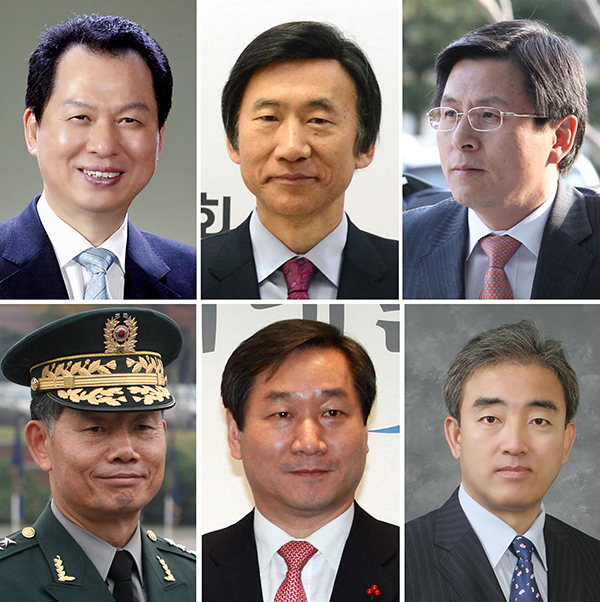 
President-elect Park Geun-hye yesterday named six of the 17 cabinet ministers of the incoming administration in her second batch of major appointments.

She also nominated ministers of education, justice, safety and public administration, and culture, sports and tourism.

She did not announce any appointments to the Blue House secretariat yesterday. 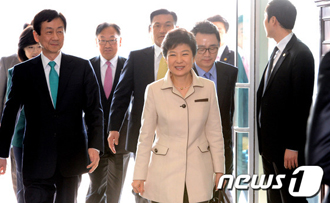 Representative Chin Young, deputy head of Park’s transition team, announced the appointments at the transition team’s office in Samcheong-dong, central Seoul. The focus was on pragmatic candidates with expertise and previous government experience in their fields.

Yun, the 60-year-old nominee for minister of foreign affairs, served as national security adviser in the Roh Moo-hyun administration. He is a former career diplomat who served as deputy foreign minister.

“Yun has [more than] 30 years of experience as a diplomat,” Chin told reporters. Yun’s nomination was widely expected because he put together Park’s foreign policy platform for the presidential campaign.

Kim Byung-kwan, 65, nominee for defense minister, was former deputy commander of the Korea-United States Combined Forces Command from 2006 to 2008 in the Roh administration, making him an expert on military ties between the two allies.

According to Chin, Kim has a “firm standpoint on security issues” and “has served in various chief positions in the military.”

The education minister nominee, Seo Nam-soo, 61, was a vice minister of education in the Roh administration from 2007 to 2008. He passed the national administrative services exam in 1978 and held major posts in the Education Ministry. He is currently president of Uiduk University in Gyeongju, North Gyeongsang.

Former senior prosecutor Hwang Kyo-ahn, 56, was nominated to lead the Ministry of Justice. He passed the bar exam in 1981 and has some 20 years’ experience as a prosecutor. After retiring from public life in 2011, he has been working as a lawyer at a Seoul-based business law firm.

The nominee for the Ministry of Safety and Public Administration, lawmaker Yoo Jeong-bok, 56, of the ruling Saenuri Party, has experience working for the government as agriculture minister in the outgoing Lee Myung-bak administration. Before joining politics in 1994, Yoo spent more than 30 years in the administration after passing the national administrative services exam in 1979. He’s a three-term lawmaker and is close to President-elect Park.

Park has promised geographic diversity in her appointments, but of the six nominees, five are from the Seoul and Gyeonggi areas while Kim, nominee for defense minister, is from Gimhae, South Gyeongsang.

There have been concerns that Park is taking too long making appointments ahead of her inauguration on Feb. 25. She needs to appoint 11 more ministers and aides in the presidential office.

The prime minister and minister nominees are subject to parliamentary confirmation hearings next week.

“The revised National Government Organization Act is currently being discussed at the National Assembly,” Chin told reporters yesterday. “The approval of the revised act, which includes approving the newly created ministry of maritime affairs and fisheries, and ministry of future planning and science, should be made swiftly so that the new government is able to begin functioning smoothly.”