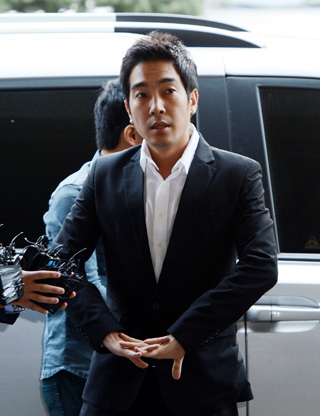 Defamed ’90s star Ko Young-wook attended his trial yesterday at Seoul Western District Court. Having been housed at a correction facility leading up the hearing, an unkempt Ko denied charges brought against him for allegedly sexually assaulting minors.

When asked if he had anything to say, Ko stated that he was indeed in the wrong for “acting the way that I did with minors, given my celebrity status.”

“If I were to be given a second chance, I would hope to do some good, even if I won’t be able to go back to being in the spotlight like the old times,” said Ko.

In December, Kim was indicted for sexually assaulting a teenager he picked up in his car. He told her he was a producer to get her attention.

Last year he was also investigated for luring another minor into his home and assaulting her while promising to launch her career in the entertainment industry. Ko’s next trial is on Feb. 28. By Carla Sunwoo