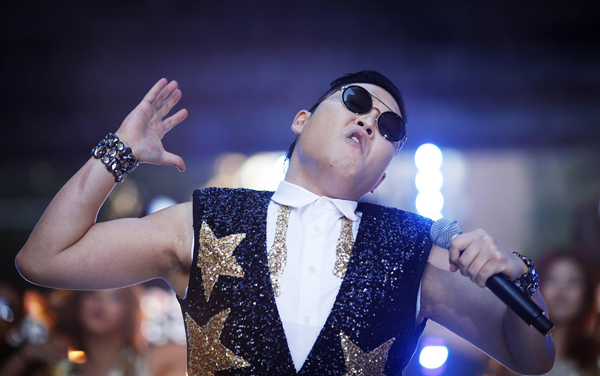 Pretty soon, fans of “Gangnam Style” will be able to put a Psy stamp on their postal mail.

The collector’s set consists of six stamps and three cards all bearing the Korean rapper’s image and comes in a glass frame.

The pop-art style of images capture Psy doing his trademark horse dance moves and the cards are all signed by the entertainer.

Furthermore, there is a QR code on the cards that links to the video that launched the 35-year-old onto the global scene.

The stamps will be sold at 22 post offices around Seoul and online through postar.co.kr and ygeshop.com.

Last week, Psy also talked about plans for a follow-up release, saying he expects the song to be released in April.

“The song is done, but it’s hell working on the music video,” said the “Gangnam Style” star.