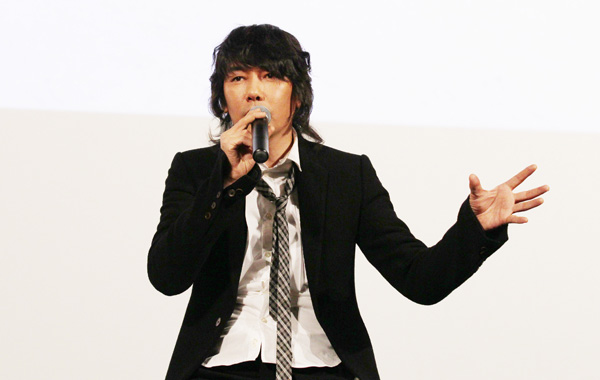 Kim Jang-hoon was honored by the Blue House for his efforts in defending Korea’s sovereignty of Dokdo, Korea’s easternmost islets, and promoting the name of the East Sea.

On Friday, President Lee Myung-bak awarded the Order of Civil Merit of Dongbaeg, to the 45-year-old singer. Dongbaeg is the third-highest honor given to a Korean civilian.

The Blue House said that the decoration was to recognize his social charity works - Kim has donated more than 15 billion won ($13.9 million) to help those in need - as well as his campaign to raise the awareness of the issues of Dokdo and the East Sea around the world.

Japan claims Dokdo as its territory and that the sea between Korea and Japan should be called the Sea of Japan, not the East Sea as Koreans call it.

It was the second time that the government recognized Kim. He was offered an award for his efforts in organizing a cleanup after the huge Taean oil spill in the West Sea in 2007. He declined that award.