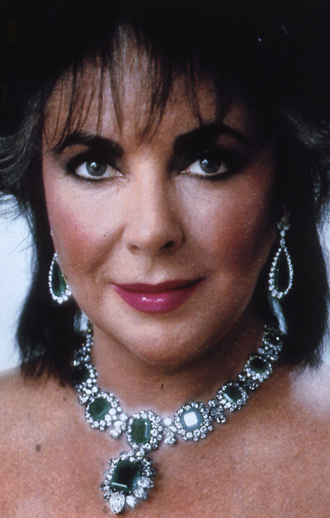 Famed jeweler Bulgari said on Sunday it would put eight pieces of the late actress Elizabeth Taylor’s jewels on display at its Beverly Hills boutique, more than a year after the Hollywood star’s world-class collection fetched record prices at auction.

The exhibition of pieces from that sale will include jewels Taylor obtained and wore during well-documented times in her storied life, including the filming of “Cleopatra,” which launched her romance with Richard Burton, Bulgari said.

Included are Taylor’s first piece of Bulgari jewelry, an emerald-and-diamond brooch which achieved a record per-carat price for any emerald at the Christie’s sale.

An emerald and diamond necklace which sold at the Christie’s auction for $6.1 million, and a diamond and gold sautoir set with six ancient Roman coins acquired for $5.9 million, will also be shown along with other diamonds, sapphires and more.

The jewels, widely reported to have been bought from the Taylor estate by Bulgari at the December 2011 auction of her collection at Christie’s, will go on display this week in advance of next Sunday’s Academy Awards, Bulgari said.

“There couldn’t have been a more appropriate celebrity to have fallen in love with Bulgari,” it said in announcing the display. Reuters