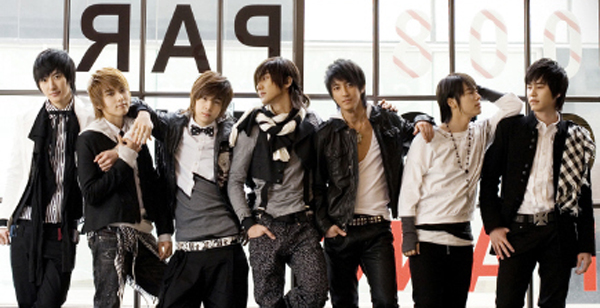 
Super Junior M held a successful fan meet in Thailand for the first time on Feb. 16.
More than 5,000 fans flocked down to join the party at the Thunder Dome in Bangkok.

The meet was half talk-show, half concert, and had the group performing an array of hits from “Break Down” to “Go.”
The boys also entertained fans by holding quiz contests.

The fans also did some entertaining on their part by preparing a recorded video message and flashing placards with messages for the group.
The subunit of the Hallyu band has been in Thailand from Feb. 15 where it took part in various promotions.