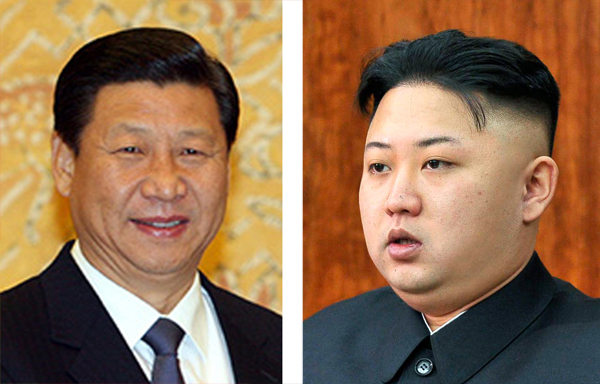 Many find diplomatic statements from China dull. The statement on the third nuclear test of North Korea was no exception. It was filled with China’s signature phrases that we almost have memorized by now - like “maintaining peace and stability of Northeast Asia,” “composed response” and “six-party talks.”

The statement is only slightly different from what Beijing said after the North’s first and second nuclear tests. Naturally, critics say China is not fulfilling its responsibility as a global power. Beijing seems to be covering up for Pyongyang’s wrongdoings in consideration of its own strategic interests.

However, China has made efforts to prevent North Korea’s nuclear experiment. The Chinese foreign ministry called in the North Korean Ambassador in Beijing to dissuade the nuclear experiment, and Chinese media made an unprecedented “threat” by proposing to cut down on food aid.

Why hasn’t Pyongyang been persuaded by Beijing? North Korea seems to have little respect for China’s current leadership. North Korea has a belief that the Chinese leadership is more of a “manager” than a “leader” and would not respond firmly even if it went on with the nuclear test.

China established diplomatic relations with South Korea despite the opposition of Pyongyang when the second-generation leader Deng Xiaoping was in power. Deng took the international trend and China’s situation into account and made the decision that changed the structure of Northeast Asia.

During the leadership of third-generation leader Jiang Zemin, North Korea was overwhelmed by China’s vigor.

When Pyongyang escalated tension by mentioning a resumption of the nuclear reactor operation in Yongbyon in early 2003, China temporarily suspended the oil that is piped into North Korea.

The North conducted three nuclear tests from 2006 to now - during the fourth generation leader Hu Jintao’s leadership. Hu emphasizes harmony and is considered more of a CEO than a leader.

When North Korea went ahead with its first nuclear test, Hu Jintao drafted a statement condemning the action by himself because no one wanted to get involved in the sensitive matter.

When Hu called the nuclear test an “arbitrary experiment,” he received criticism at home. Hu did not have the leadership to control those who supported North Korea in China.

The result led to Pyongyang’s uninterrupted provocations - including the sinking of our Cheonan warship and bombardment of Yeonpyeong Island on the tense maritime border on the Yellow Sea.

The Chinese leaders are more of managers that calculate profits and gains rather than demonstrating leadership for grand causes, and North Korea is making the most out of it.

Early next month, Xi Jinping is to become the most powerful man in China, and we have high hopes for the new leader. China is showing changes lately.

The People’s Daily site gets as many as 700 million clicks a day. It is virtually educating the entire Chinese population to be against North Korea’s nuclear development. It casts a meaningful message to the traditionalists who defend the North all the time.

Protests against North Korea’s nuclear experiment are staged around China, albeit sporadically.

We need to pay attention to the Feb. 6 editorial in the Global Times, which delivers the inner thoughts of the Chinese authorities.

The message was that Beijing should no longer be afraid of fighting against Pyongyang.

It points at the weakness of Hu Jintao’s leadership, which was reluctant to displease North Korea. China’s weak leadership should not continue.

At the same time, he wants to tame Xi Jinping’s new leadership, too. China knows this very well. What China needs now is the bold leadership that Deng Xiaoping and Jiang Zemin had.

*The author is a Chinese specialist at the JoongAng Ilbo.