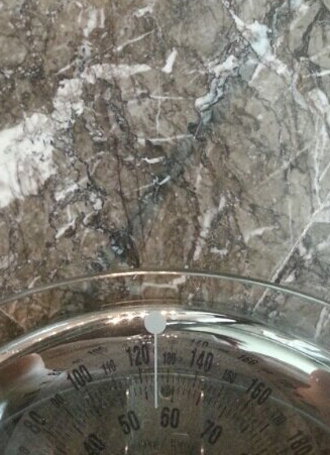 A picture uploaded with the post showed the scale tipping just at 57 kilograms. Given that his official profile states his height as 180 centimeters [5.6 feet], his weight seems to be under the healthy average.

Fans were quick to comment, as they are with all things related to body image, with replies like “You are so skinny,” “Hope you make it over the 60 mark.”
Fans shouldn’t be too worried, though; despite his little body, Kim is active in fulfilling all his solo and group duties.

On Feb. 20 he joined fellow band members for an inauguration ceremony for the 2014 Incheon Asian Games, which his band bas been picked to represent.