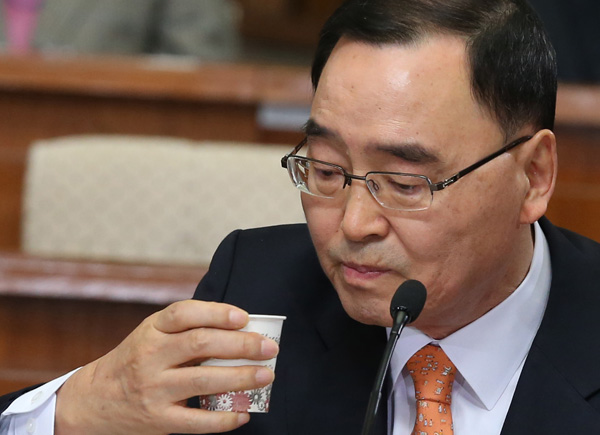 President-elect Park Geun-hye has filled her cabinet and Blue House with veterans from the bureaucracy and other public positions.

Controversy is growing over the nominees who have done very well for themselves because of their backgrounds in public service.

The suspicion is that they were paid handsomely to use their former connections in the government on behalf of private companies, law firms or research institutes - and planned to do so for their whole career.

For example, a former civil servant in the justice system, such as a judge or prosecutor, can join or start a law office and take advantage of his or her knowledge and contacts to earn big money quickly. 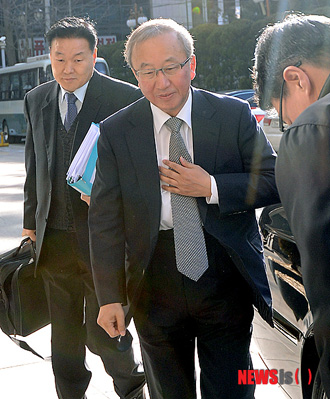 The controversy is growing because several of Park’s nominees for the cabinet or for the Blue House secretariat have public service backgrounds - and big bank accounts now.

Over 18 years, Chung’s assets grew fourfold and were reported to be 1.98 billion won in his most recent filing with the National Assembly.

The bulk was earned after Chung stepped down as a standing member of the National Election Commission in 2006; at that point, he had assets worth 1.137 billion won. Over two years, he earned some 670 million won at the Logos law firm. He then returned to public service, becoming board chairman of the Korean Legal Aid Corporation between 2008 and 2011.

Chung was grilled on allegations of ethical lapses and property speculation starting yesterday in a National Assembly confirmation hearing that lasts till tomorrow.

Likewise, Hyun Oh-seok, who has been nominated as finance minister and deputy prime minister for economic affairs, admitted having assets worth 868 million won in 2000.

After leaving the post as dean of the National Tax College in 2001, he amassed 3.63 billion won before becoming president of the state-run Korea Development Institute in 2009.

The culture minister nominee, Yoo Jin-ryong, a former vice culture minister and current dean of Hallyu Graduate School at the Catholic University of Korea, went from 752 million won in assets in his last public office position in 2006 to nearly double that, 1.52 billion won, this year.

Kim Byung-kwan, Park’s defense minister nominee, retired in 2008 as deputy commander of the South Korea-U.S. Combined Forces Command. He went on to serve as part-time consultant to UBM Tech, a Korean arms broker, between 2010 and 2012, earning a reported 215 million.

Simultaneously, the former Army general served as a nonstanding director at Tongyang Cement & Energy between 2010 and 2013, earning a reported 124 million won.

Kim is under fire for allegations of tax evasion on a transfer of assets to his sons. The company he worked for in the private sector, UBM Tech, imported arms from a German weapons company that is under investigation by Korean and German authorities for bribery and illegal lobbying.

Civil servants usually retire by their mid-50s, and some prepare a “retreat” plan before they leave office.

The controversy over President-elect Park’s nominees has been fanned by new allegations of Defense Ministry officials taking bribes while in office.

A team of prosecutors under the Ministry of National Defense Tuesday charged five high-ranking Army and Navy officers with taking kickbacks including travel expenses from companies in the defense industry.

A 47-year-old air force commander surnamed Kim allegedly handed over 500 confidential documents on a CD to an arms manufacturer.

Under current law, civil servants over level 4 who retire from office and want to get a job in the private sector need to undergo a screening process from an ethics committee. This was to make sure the new jobs weren’t inappropriate considering the person’s past work in government.

Between 2010 and 2011, some 353 public officials went under evaluation after retiring from office and entering the private sector, and 330 passed.

The Lee government wanted to post the screenings online for the public to see. But that never took place.

“At that time, because of protection of personal information issues, we were not able to reveal the results of the screening,” a Ministry of Public Administration official said.

“Making public the employment screening of retired, high-ranking public officials is the most basic mechanism to prevent ethics violation by these officials,” said Representative Jeon Sun-ok of the opposition Democratic United Party.

“From the perspective of the companies that hire former bureaucrats, they are filling a lobbyist role,” said Kim Sang-jo, a professor of economics at Hansung University.