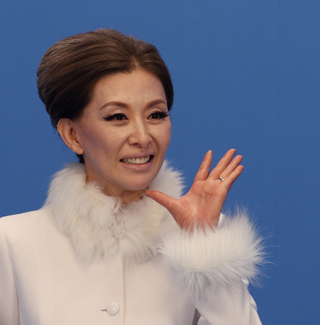 Lee Mi-sook, a veteran actress who has been embroiled in a boy-toy scandal, lost an appeals trial in which her former agency filed a damage suit against Lee for breaching her contract.

The Seoul High Court ruled yesterday that Lee should pay 120 million won ($110,604) to her former agency, The Contents Media.

Back in January 2009, The Contents Media filed a lawsuit against Lee demanding 200 million won in damages, claiming that she broke the four-year exclusive contract she signed in 2006.

The agency has been in hot water with the actress over the scandal. It has been alleged that the star was involved in a romantic relationship with a man 17 years her junior, and that the agency had to pay large amounts of money to the young former lover to keep him quiet to keep the affair a secret.

Despite the scandals, Lee continues to pursue her acting career. Currently, she is appearing as the host of JTBC’s “Miracle Korea.” She has also been cast in a new KBS2 drama which will be aired from March 9.