‘Seoul has to adjust to a North with nuclear arms’

‘Seoul has to adjust to a North with nuclear arms’ 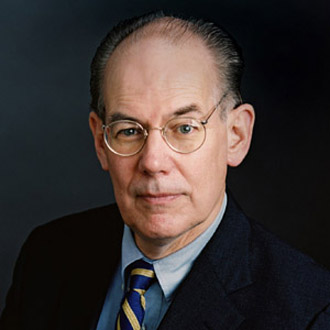 After North Korea’s third nuclear test on Feb. 12, the country is a de facto nuclear weapons state, and voices are growing in the South that it also needs to arm itself with atomic weapons. In an e-mail interview with the JoongAng Ilbo, John Mearsheimer, professor of political science at University of Chicago, shared his views on many “inconvenient truths” about North Korea’s nuclear arms program and its implications.

Q. Do we have to acknowledge North Korea as a de facto nuclear-armed country?

A. There is little doubt that North Korea is now a nuclear-armed state, although it has a very limited nuclear capacity at this point. However, that is likely to change over time because Pyongyang will surely acquire more nuclear weapons and better means to deliver them against other countries.

After the latest nuclear test by the North, demand grew in the South for redeployment of U.S. tactical nukes for Seoul developing its own.

The United States should not have pulled its tactical nuclear weapons out of South Korea because they were an important symbol of America’s commitment to extend its nuclear umbrella over South Korea. Both South Korea and Japan are always going to worry about the credibility of America’s nuclear guarantee. After all, they do not have nuclear weapons of their own and they depend on the United States to provide them with a nuclear deterrence.

But would any American president use nuclear weapons to protect South Korea or Japan when the United States’ own survival was not at stake and when nuclear war might actually threaten America’s survival? This thorny question gives both South Korea and Japan powerful incentive to acquire their own nuclear weapons.

Having American nuclear weapons physically located in South Korea helped alleviate this problem. That is why removing them was a bad idea. But now is not the time to return them, as it would just exacerbate tensions with North Korea and probably cause North Korea to push harder to expand its nuclear arsenal. However, the option should be kept open.

Do you believe tougher sanctions by the UN Security Council could work?

Sanctions are not going to cause North Korea to give up its nuclear weapons. If anything, sanctions on North Korea should be reduced, mainly because they hurt the civilian population in a serious way while having little effect on the regime.

China is believed to have the ability to coerce Pyongyang into giving up its nuclear ambition. Some people say if China cut food and energy aid to North Korea, Pyongyang could not help but surrender.

There is no good evidence that China wants North Korea to give up its nuclear deterrent. China certainly is unhappy when North Korea tests nuclear weapons, but that is a different matter.

I believe China is committed to making sure that North Korea remains an independent country because it serves as a buffer between China and South Korea, which is closely allied with the United States. That is why I think China is willing to live with a nuclear-armed North Korea; those nuclear weapons enhance North Korea’s prospects of survival.

Beijing is unlikely to seriously reduce its food and energy aid to North Korea because that would destabilize the regime and possibly lead to the unraveling of North Korea, which would not be in China’s interest.

In the current geopolitical situation, what is a realistic policy for the Park Geun-hye government in dealing with North Korea?

Some people think regime change is the sole solution to the denuclearization of North Korea and reunification of two Koreas as well.

I think this is wishful thinking. Let’s assume the Kim dynasty falls and liberal democrats take over in Pyongyang. Why should we expect them to voluntarily abandon North Korea’s nuclear deterrent? It certainly will not be due to the fact the new regime is democratic. After all, Britain, France, India, Israel and the United States are all democracies and there is no evidence that any of those countries are thinking seriously about denuclearization.

There seems to be no way to induce or coerce Pyongyang to give up its nuclear weapons. If so, what does South Korea have to do?

The sad truth is that South Korea has little choice but to live with North Korean nuclear weapons because there is no way to get Pyongyang to abandon those weapons. Of course, Seoul needs a counter to that threat because it cannot allow itself to be a hostage to North Korea’s nuclear arsenal. At this point in time, it makes good strategic sense for South Korea to rely on America’s nuclear umbrella. But if the United States proves to be an unreliable ally, which I think is highly unlikely, South Korea will have to think about acquiring its own nuclear deterrent.