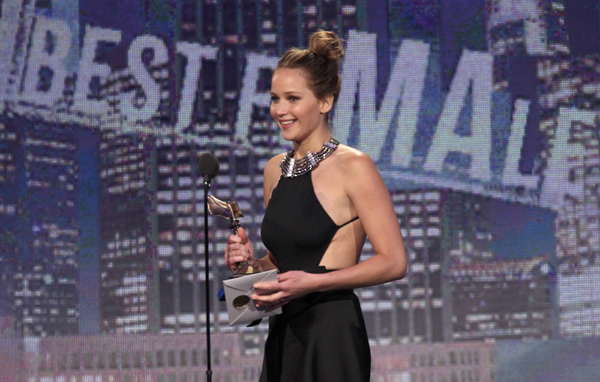 Lawrence and Russell are also in the running for Oscars on Sunday, where “Silver Linings Playbook” is nominated for Best Picture.

Austrian drama “Amour,” about an elderly couple coping with the effects of the wife’s debilitating stroke, won the Best Foreign Film award on Saturday, strengthening its expectant march toward Oscar success on Sunday.

The Independent Spirit Awards are handed out by the Los Angeles-based nonprofit group Film Independent and are widely considered the top honors for low-budget and art-house movies in the United States.

The ceremony, held in a tent on California’s Santa Monica Beach, are a more laid-back affair than the formal and glitzy Academy Awards ceremony.