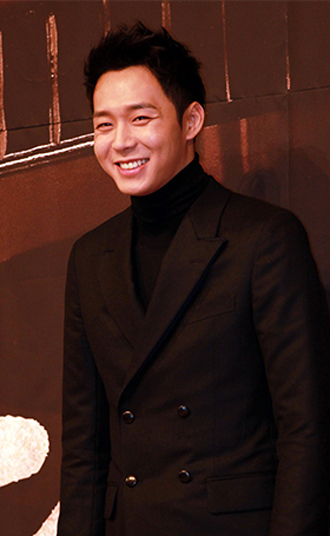 JYJ’s Park Yu-chun is gaining in seemingly infinite popularity in China. He was on a chartered flight sent by Hunan TV last Saturday to appear on a special program “Yuan Xiao Jie Live” the following day.
Park has been attracting fans in China with famous dramas such as “Sung Kyun Kwan Scandal,” “Rooftop Prince” and “I Miss you,” and he was the first Korean celebrity to be invited to the television program for the full-moon special, the second largest holiday in China.
At a press conference with major Chinese media, he said, “I hope to try out for Chinese movies with talented actresses and directors like Tang Wei and Chen Kaige.”

“I love having a certain amount of pressure at all times. It pushes me to the next level, and I can keep myself focused,” said Park responding to a question about potential Hallyu competitors.