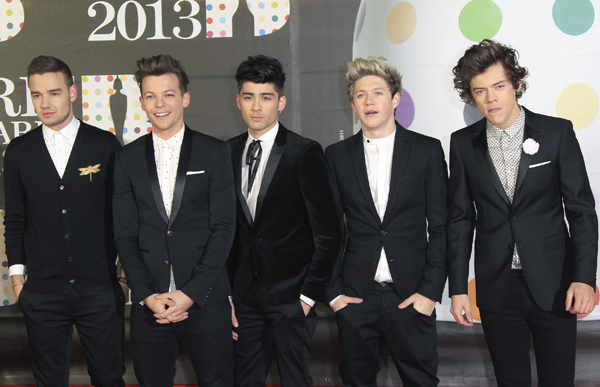 LONDON - Boy band and talent show alumni One Direction raced to the top of the charts this week with the fastest-selling single of 2013 so far, while BRIT Award winner Emili Sande reclaimed the top of the album chart, the Official Charts Company said on Sunday.

X-Factor finalists One Direction went in at number one with charity single “One Way Or Another,” a cover of the Blondie classic. The single is the five-member group’s third number one and sixth top-ten single in less than 18 months.

In the album chart Scottish singer-songwriter Emeli Sande, fresh from winning the coveted best album and best British female gongs at the BRIT awards earlier this month, retook the top spot with “Our Version Of Events.”

Sande’s debut album is Britain’s top selling album of 2012 and has now been at the chart summit for nine non-consecutive weeks since its release just over a year ago.

The only new entry in the album top ten was “Push The Sky Away” by Australian rockers Nick Cave And The Bad Seeds at number three, the group’s highest charting album in Britain so far. Reuters