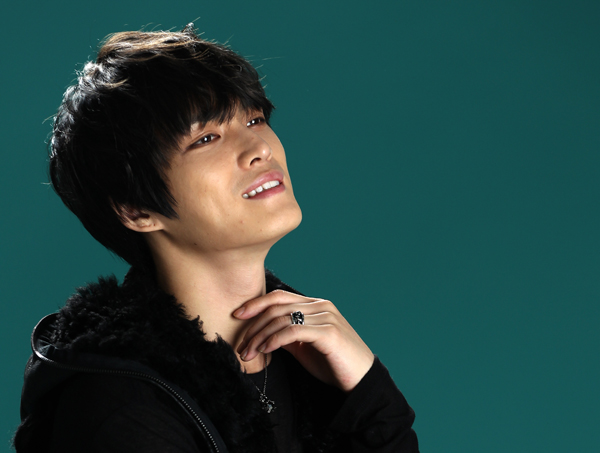 Kim Jae-joong’s success as rocker continues as his repackaged album “Y” has been received with much zeal throughout Asia.
According to CJeS Entertainment, the new release contains two additional tracks: “Only Love” and “Kiss B” was sold out way ahead of the official release.

“All 50,000 albums were gone upon release,” said a spokesperson from the agency, adding that more orders have been placed to meet demands.
His solo debut released last month was also met with crowning success. More than 120,000 copies of the album was ordered ahead of time.
With his first solo work, Kim wanted to go for a rock sound and took to penning all of the songs himself.

Kim entertained some 5,000 fans on Feb. 17 in Thailand, as a part of his Asian tour. He will perform in Shanghai on March 17.