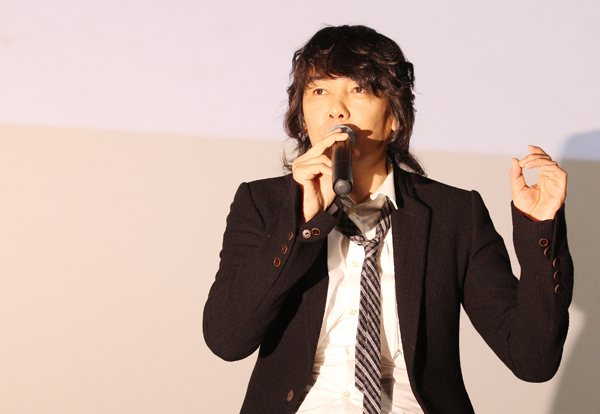 With just a day to go until Independence Movement Day, singer Kim Jang-hoon is close to completing his “Dokdo as Background Picture” project.

The campaign kicked off on Feb. 22 at a protest rally to oppose Takeshima Day on which Japanese people celebrate their claim over the rocky islets that have long been the object of dispute between the two nations.

To increase awareness of Korea’s claim, Kim had urged the nation to set a picture of Dokdo, with the title “Dokdo, Korea,” as their background picture on phones and computers.

Kim’s goal was to have 10 million domestic supporters and 100 million global supporters in on the act leading up to Friday.

The movement has gained momentum thanks to SNS Web sites like Facebook and Twitter as well as through celebrity endorsements. Tomorrow, Kim will personally send a picture he took of the islets to some 5,000 lucky participants who registered for the honor.

“I’m getting goosebumps from the response,” he said.