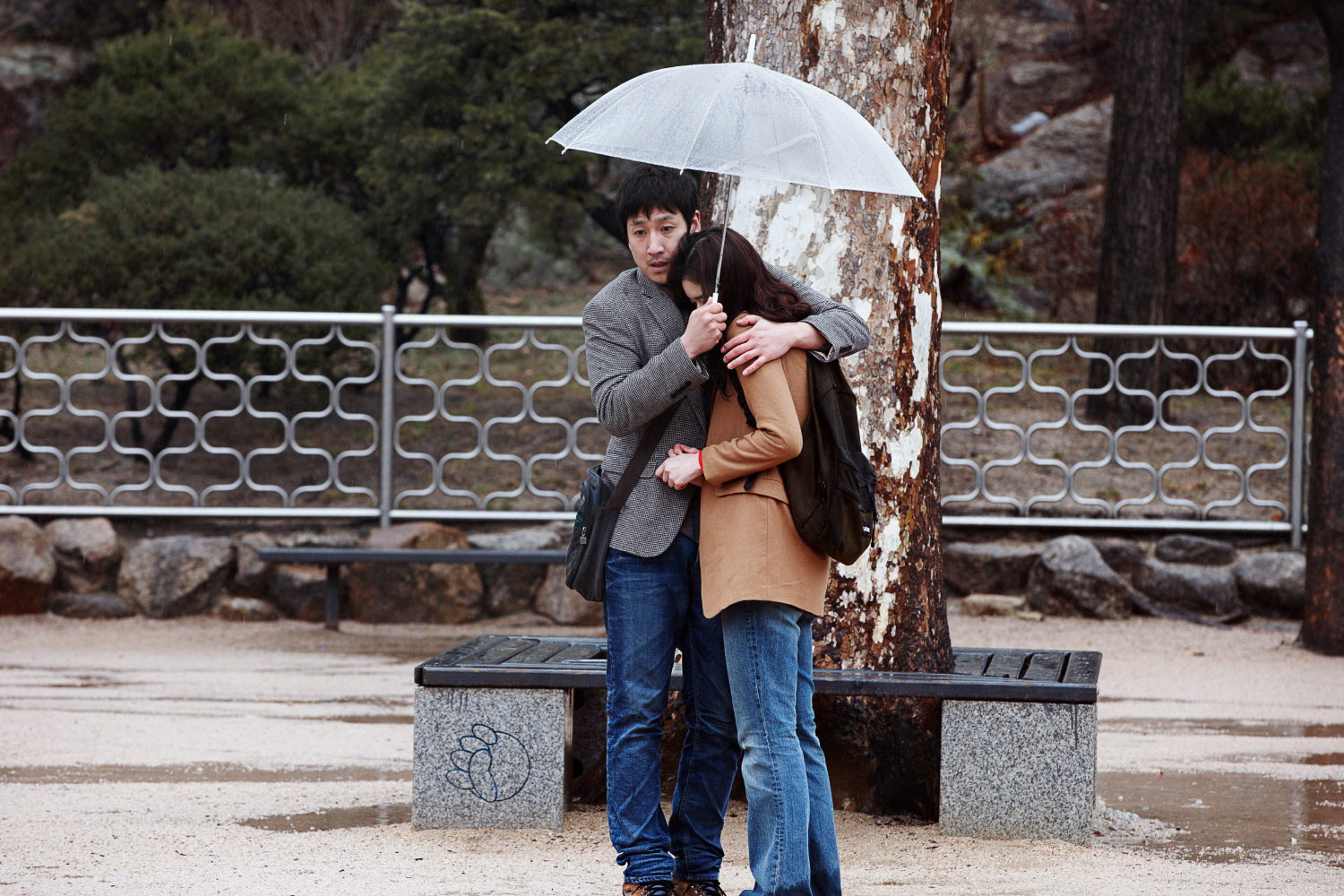 “Nobody’s Daughter Haewon” tells the story of Hae-won (Jung Eun-chae), a female college student who has a love affair with her professor (Lee Sun-gyun). She chronicles a few days of her life in diary format, mainly about the love affair and her feelings about having her mother immigrate to Canada.

Hae-won bursts into tears while saying goodbye to her mother, who is set to start a new life in Canada. Feeling depressed, she contacts her on-and-off boyfriend Sung-joon.

He is a film director as well as professor who is already married but has met her secretly for one year. The two are spotted by other students while strolling around together, and they get to join the group for drink.

Director Hong Sang-soo, a prolific festival darling, proves his expertise at delving into the complex emotions of the lead in his latest film, as shown in his previous works “In Another Country”(2011) and “Hahaha”(2010).

“Most of time, the sharpest conflict occurs between man and woman. I wanted to depict a couple who love each other but are helpless under the social system,” the director said.

Jane Birkin, French actress and singer, starred in the movie as a special guest.

Earlier, the flick qualified for the official film competition at this year’s Berlin International Film Festival but failed to take the top prize. 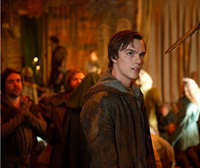 Director Brian Singer’s (“X-Men,” “The Usual Suspects”) latest film sees Jack (Nicholas Hoult) stumble into a world of giants bent on reclaiming the world they once ruled in a series of CGI-heavy action sequences and epic battles.

Jack, a commoner of the realm, is the answer to Princess Isabelle’s (Eleanor Tomlinson) prayers, who is unfortunately promised to nobleman Roderick (Stanley Tucci) but yearns for a way out. Romantic aspirations are ruined when a magic bean stalk sends the princess skyward into a land of curmudgeonly giants who want to invade earth.

Their two-headed giant general (Bill Nighy and John Kassir) has to contend with Jack, Roderick and a band of knights led by Elmont (Ewan MacGregor) sent to reclaim the princess. Everything culminates in a pitched special effects battle involving catapults and bean stalks that take full advantage of the film’s 3-D treatment.

The movie is, of course, a modern retelling of the old English folktale “Jack and the Beanstalk,” the latest in a series of CGI-infused fantasy films and edgy reimagined fairy tales like “Snow White and the Huntsman.”

You would be right to be confused seeing Nicholas Hoult’s face on another flick vying for your won on subway advertisements.

He also plays the protagonist in the zombie romance movie “Warm Bodies.” Impressions from critics so far would seem to indicate that your won would be best spent on the latter.

Fans of Singer’s “X-Men” and “Superman” films that enjoyed watching him work on those large-scale fantasy romps will have plenty of eye candy to chew on in “Jack the Giant Killer.”

You’ll just have to suffer through scenery-chewing delivery on a grand scale as well. 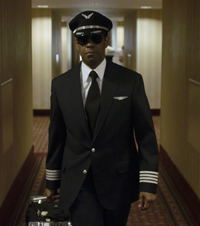 In this action thriller by director Robert Zemeckis, Oscar winner Denzel Washington plays Whip Whitaker, a magnetic pilot who is initially heralded as a national hero after saving almost everyone on a flight that malfunctioned midair and began to nosedive.

The nail-biting eight minutes of life-or-death in the control room features an ingenious maneuver by Whitaker which falls outside the realm of aeronautical reality and could only be possible in movies but is entertaining nonetheless.

However, the audience discovers shortly after the scene that the seemingly straightforward heroic drama is more than meets the eye when a series of revelations is made surrounding the personal lifestyle choices of the pilot, who is hounded by the media everywhere he goes.

The conundrum involved in identifying the culprit of the plane crash that killed six people raises poignant moral and ethical questions that linger long after the credits roll.

The movie features several on-screen talents like Don Cheadle, Kelly Reilly, Melissa Leon and Bruce Greenwald alongside Washington, and it was nominated for two Oscars - Best Actor (for Washington) and Best Original Screenplay.

Grethe immediately calls Klara’s parents as well as the parents of the rest of the center’s children.

Soon, the small community Lucas lives in is set against him before he has a chance to learn which child accused him of doing something so unspeakable.

Vinterberg’s movie revolves around Lucas’ perspective as we watch as everyone except for his son Marcus (Lasse Fogelstrom) and his godfather begin to doubt Lucas’ innocence.

The story looks beyond whether or not Lucas is guilty of the crime, exploring the harsh truth of society’s predilection for mass hysteria.

The film has been well received since its showing at the Cannes Film Festival. Hollywood Reporter’s David Rooney called it Vinterberg’s “best film since ‘Festen’” and an “unsettling psychological drama.”

Wes Anderson’s films have a unique whimsical, sardonic quality, and they’re most certainly not for every moviegoer in the country.

He commands an extremely loyal fan base, however, and those who like his movies are in for one of his best with “Moonrise Kingdom,” arguably Anderson’s most successful effort to date.

Set on an island off the coast of New England in 1965, “Moonrise Kingdom” tells the story of two kids who fall in love, decide to make a secret pact and run away together into the wild.

As authorities attempt to hunt them down, a violent storm brews offshore and the peaceful island community is turned upside-down.

Jared Gilman and Kara Hayward play the boy and girl.

Critics have lavished praise on the film, with Rotten Tomatoes describing it as “warm, whimsical and poignant,” and “Anderson at his idiosyncratic best.”