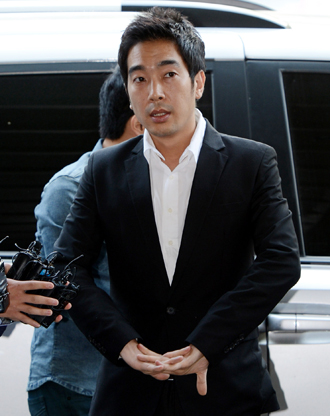 The Seoul Western District Prosecutors’ Office asked a court to require the star to wear the device due to his alleged criminal past.

“Given his history and the age of his victims, it is likely he’ll strike again,” the office said.

Ko was investigated for the first time last year when he lured a teenage girl into his home by promising to advance her career and allegedly sexually assaulted her.

Although he was not charged then, a separate sexual assault case was brought against him in December. In this instance, he is accused of luring a 13-year-old girl into his car and molesting her while she was on her way home.

Ko faced his second hearing yesterday afternoon when the anklet was discussed.

At his first hearing on Feb. 14, Ko’s lawyer said the singer’s exchanges with minors were “never forced, always consensual.”