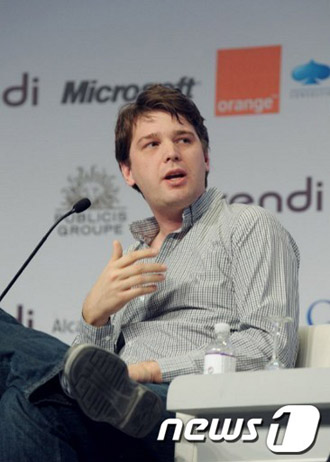 Groupon ousted Andrew Mason as chief executive officer a day after reporting results that disappointed investors and underscored his failure to cope with diminished demand for daily coupons, the company’s main product.

Executive Chairman Eric Lefkofsky and Vice Chairman Ted Leonsis will oversee the company as it seeks a successor, Chicago-based Groupon said. The decision to remove Mason, 32, came at a board meeting yesterday, a person with knowledge of the matter said. The directors intend to hire an outside firm to conduct the search for a permanent CEO and don’t plan to consider board members, said the person, who asked not to be identified because the matter is private.

“I was fired today,” Mason wrote in a public letter that reflected his characteristic sense of humor. “If you’re wondering why, you haven’t been paying attention.”

Mason’s ouster caps a tumultuous tenure that mirrors the boom and slowdown for digital coupons. He led Groupon to the top of the market for daily offers for discounts on products and services, and he spurned a $6 billion takeover offer from Google in 2010. After its first day as a public company the following year, Groupon had a market capitalization of $16.7 billion. Under Mason, the company also stumbled amid accounting missteps, plunging shares and an inability to grapple with rising competition and ebbing demand. The first-quarter forecast released Thursday hastened his departure.

“Last year, there was significant pressure for him to leave, but he was able to make it through,” said Sameet Sinha, an analyst at B Riley & Co. “After yesterday’s performance, I think it was the last straw.”

Mason co-founded Groupon in 2008 with Lefkofsky and Bradley Keywell. His stake in the company, worth $938.7 million at the time of the IPO, has plummeted to $212.6 million at yesterday’s close, according to filings and data compiled by Bloomberg.

Mason had been striving to expand Groupon into the broader e-commerce market by focusing on sales of products. He was working to boost growth as demand for online discounts faded and pressure from investors and his board mounted. Groupon directors discussed ousting him in November, people with knowledge of the matter said at the time.

Mason’s fortunes began to turn even before Groupon went public, as the Chicago-based company backtracked on a controversial approach to accounting outlined in its S1 IPO filing. His plight worsened with the disclosure of material weaknesses in record-keeping and as the share price plunged.

“From controversial metrics in our S1 to our material weakness to two quarters of missing our own expectations and a stock price that’s hovering around one quarter of our listing price, the events of the last year and a half speak for themselves,” Mason wrote in the letter. “As CEO, I am accountable.”

Mason, who studied music at Northwestern University and had little previous experience in business, became known for pulling pranks on employees and infusing Groupon’s public brand with his offbeat sense of humor. He dedicated office space to a fictitious character, hired a performance artist to walk around the headquarters in a tutu and dreamed up a holiday called Grouponicus whose celebrants are barred from owning dogs.

His wit was evident in the letter, too, with Mason asking for recommendations for a “fat camp” where he could work off what he called a “Groupon 40.”

That quirkiness backfired in 2011, when critics complained about a Groupon commercial that aired during the Super Bowl, saying that it made light of repression in Tibet. Mason later apologized for the ads and pulled them.