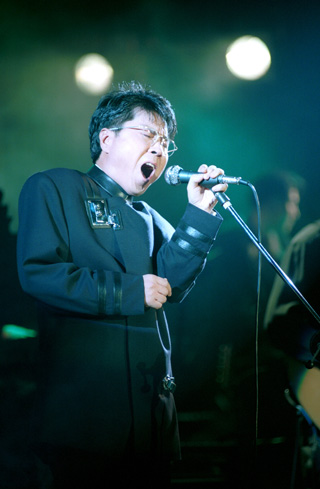 Cho Yong-pil is set to release his 19th album next month, his first in 10 years, according to his agency, and will follow up with concerts in 13 cities in May to mark the 45th anniversary of his debut.

“We are now rounding off the album,” said an agency spokesman. “He devoted himself to the quality of sound and carefully selected tracks.” The album will have 10 songs by Cho and foreign composers

“At his last concert in 2011, he captivated the audience by showing a moving stage he created with a domestic manufacturer. This time, we are sure he will live up to the expectations, since he is always passionate about trying new performances of his hit songs in fresh ways,” his agency said.

Cho is a legendary figure in the music industry and is one of a handful of South Korean artists who have performed in Pyongyang.

Many young people are familiar with Cho through remakes of his songs, such as “I Hope It Would Be That Way Now” by Park Jung-hyun and “Seoul Seoul Seoul” by M.C the Max.