Do you live for the nation?

Do you live for the nation? 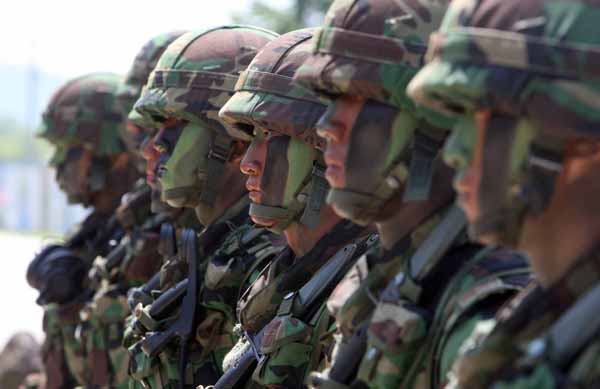 Virginia Woolf said that if you read Shakespeare’s “Hamlet” every year and write down your impressions, it would be like writing your autobiography. The agony, sense of being lost, desperate love and death can be found in all of our lives. “To be or not to be, that is the question.” Hamlet’s monologue may be the cry of all beings bound by the forces of the fate.

However, the ancient Eastern philosophers considered death and life as one, and “to be or not to be” was not a question to be agonized over. Our minds can be free if we can say death and life are one. Even if we haven’t reached the high state of wisdom, our lives are more worthy and rewarding if we are determined to die for something. The patriots risked their lives to fight against the aggression of imperial Japan. Martyrs defended the religion with death. Some lovers gave up their lives for love. Without these passionate souls, we wouldn’t have the dignity of the state, religious freedom or pure love. The Japanese collaborators who enjoyed luxury in exchange for their betrayal are no better than dead in history.

However, there is something just as challenging and valuable as giving up your life. Before you give your life for the nation, you can send your beloved children to the military, share the sufferings of neighbors in difficulties and live your life diligently day by day. Before you die for your religion, you can keep your faith “right here and right now.” Living your present with dignity and faith may be even nobler than being buried in the National Cemetery and more divine than going to heaven after you die.

The time may come that you have to die. But sometimes, you have to bear the suffering and walk the thorny road of a hard life. Instead of living because you don’t want to die, you endure the painful life to defend the value and reason of life. That may be the true freedom and courage, love deeper than death itself. “If I give all I possess to the poor and give over my body to hardship that I may boast, but do not have love, I gain nothing (Corinthian I, 13:3).”

If Unbo, a deaf mute, hadn’t drawn a few shameful illustrations for the recruiting posters for the Japanese Army encouraging Korean students to join in order to survive, his “Church, Nun and Dove” wouldn’t be displayed in the Vatican Palace. Without the visionaries who had founded schools and printed newspapers despite allegations of pro-Japanese activities, Korean media and schools may not have survived the Japanese occupation.

On the 94th anniversary of the March 1st Independence Movement honoring the souls of the patriots, we offer prayers for the ancestors who endured humiliation and suffering with unflinching spirits. March 1st is more than a day to cherish the deaths of the patriotic fighters. We also need to pay sincere respect and appreciation to the nameless who defended the country with their bare hands. The sweat of life comes before the blood of death. Changing this order may be blasphemy to go against the solemn law of life and death.

History is a union of spirit and reality. If the tragic deaths of the patriots are the soul and spirit of the nation, the struggling lives of the nameless are the reality of the Korean history that built the patriotic spirit in this land. Living may have been more painful than dying during the colonial era, and the old Koreans who endured the humiliation of changing their name and who raised and educated their children are the props that support the turbulent history of Korea.

The lives of the nameless are still hard. When some privileged people are born with inheritance and get military exemptions, average citizens feel powerless. However, they are the people who bring hope. While some people evade their military duty and dash for success, the sons of the good people quietly defend the nation from the front line. Many overseas Koreans give up their residency in other countries and voluntarily return to Korea to serve in the military. The 46 young soldiers onboard the Cheonan have become the guardians of the sea. They are the nameless patriots who make history today. As the tension is elevating with the third nuclear experiment of North Korea, we feel safe and secure thanks to those courageous young Koreans.

The Danish prince was not the only one to agonize over the desperate question of “to be or not to be.” Today the nameless all contemplate the question. But I’d like to change the question. “Do we live today for the nation before we die for the nation, just like the people in 1919 and the reliable young soldiers on the front lines?”