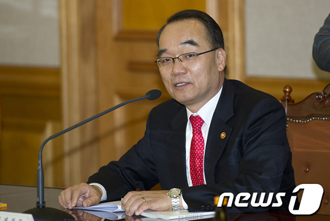 Bahk Jae-wan, minister of strategy and finance, has again emphasized that the country needs a taxation system for clergy as part of the government’s efforts to find more sources of revenue.

“According to the country’s taxation principle that incomes are always followed by taxes, the government will actively find sources in the gray area to tax them,” said Bahk in a speech to celebrate the 47th annual Taxpayers’ Day yesterday.

“The government will devise a long-term plan to tax those in the underground economy in a bid to achieve the new administration’s goal to bring the black economy onto the surface,” he said. “The plan involves minimizing tax exemptions.”

Bahk said the government will set up a commission of private experts. 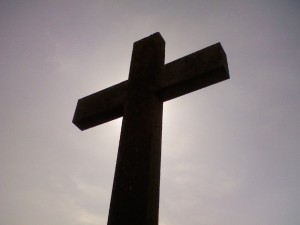 According to a report by Hyundai Research Institute, the Korea’s shadow economy is estimated to be 290 trillion won a year, accounting for 23 percent of the GDP in 2012. The average for OECD countries is 13 percent.

“Taxing the clergy should be implemented as soon as possible,” said Bahk.

The Ministry of Strategy and Finance submitted a tax reform bill that included clergy taxation to the National Assembly late last year, but the clergy provision of the bill was delayed.

“About 10 billion won [$9.1 million] would be added to the tax revenue every year if all religious groups are mandated by law to pay taxes,” said an official at the ministry.

According to data compiled by the Ministry of Culture, Sports and Tourism, there were about 230,000 priests, monks and other clergy in the country as of 2011.

There is no law that either mandates or bans taxing the religious leaders, though they have been customarily exempt from the authority’s tax audits. Some claim their work should be regarded not as labor but as a spiritual service, and they should be exempt. Public discussion of the issue has also become something of a taboo.

However, Protestants, the country’s largest religious group with over 140,000 clergy, are largely divided over the issue.

The Christian Council of Korea, the biggest conservative Protestant organization in the country, said it is opposed to the government’s plan in a recent interview with local media.

“The Constitution’s provision to tax all people equally shouldn’t violate people’s freedom of religion,” said Moon Byung-ho, a professor at Chongshin University. “The government should not force churches to pay taxes. It should rather focus on creating an environment where religions can play their roles more properly, especially free from politics.”

“Religious people could run their churches and facilities more transparently by paying taxes,” said Park Won-ho, a Protestant clergyman, said in an interview with the JoongAng Ilbo. “Some churches suffer defamation because of misuse of offerings.”