Fans of Infinite give to charity

Fans of Infinite give to charity 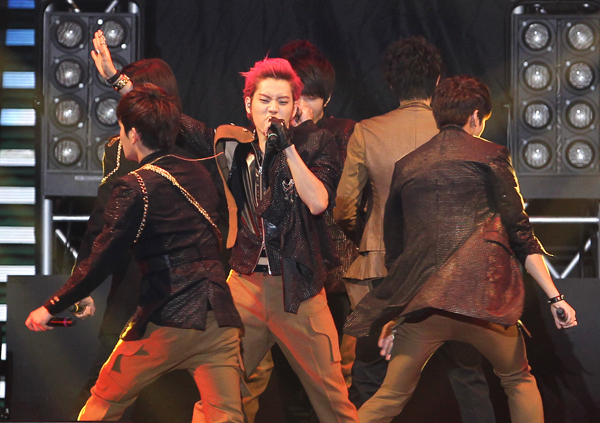 Infinite held a fan meet in front of a total of 12,000 fans under the banner “Infinite Gathering” on March 1 at Olympic Park in eastern Seoul.

To express its gratitude for the love and support of its fans, the seven members dazzled their fans by performing an array of their hits like “She’s Back,” “B.T.D” and “Nothing’s Over.” The idol also shared times with the fans in various talk segments and other events. Especially, the teaser video of its new album had the fans in frenzy.

In the meantime, some groups of its fans collected and sent 0.7 ton of rice to the event, which will be donated to charity under the name of Infinite. It’s the fourth donation of such kind. Last year, the group donated 12 tons of rice in total to children in need.