U.S. and China agree on new sanctions on North

U.S. and China agree on new sanctions on North 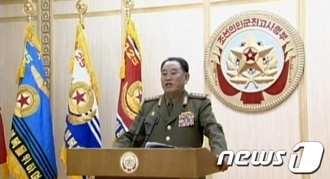 The United States and China have reached agreement on a new draft sanctions resolution to punish North Korea for its third nuclear test on Feb. 12, UN diplomats said late Monday.

The UN Security Council (UNSC) announced late Monday evening it will hold closed consultations on North Korea and nonproliferation at 11 a.m. Tuesday, March 5, Eastern time. The diplomats, speaking on condition of anonymity because no official announcement has been made, said the U.S. is expected to circulate a draft resolution to the full council at the meeting. Council members are then expected to send the draft to their capitals for review.

The swift and unanimous response from the UN’s most powerful body set the stage for a fourth round of sanctions against Pyongyang.

For the last three weeks, the U.S., a close ally of South Korea and Japan, has been negotiating the text of a new resolution with China, North Korea’s closest ally.

Russian UN Ambassador Vitaly Churkin, whose country holds the council presidency this month, told a news conference Monday that a resolution on North Korea might be approved in March though the text had not yet been circulated.

In Seoul, a spokesman of the Ministry of Foreign Affairs and Trade said yesterday that “considerable progress” has been made in the UNSC on how to punish North Korea for the test. However, spokesman Cho Tai-young told reporters he couldn’t disclose any details of the draft resolution because no final agreement has been reached.

Last month’s statement from the UNSC called the underground test in February a “grave violation” of three UN resolutions that ban North Korea from conducting nuclear or missile tests.

North Korea’s three nuclear tests - in 2006, 2009 and 2013 - occurred after Pyongyang was condemned by the United Nations for rocket launches.

The Security Council imposed sanctions after the first two nuclear tests and after the North’s rocket launch in December, which was viewed as part of the country’s covert program to develop ballistic missiles that can carry nuclear warheads.

The sanctions are aimed at trying to derail the country’s rogue nuclear weapons and ballistic missile programs. They bar North Korea from testing or using nuclear or ballistic missile technology and from importing or exporting material for these programs.

The diplomats said they did not know what new sanctions would be included in the resolution to be circulated Tuesday.

There has been speculation that a new resolution will strengthen existing sanctions related to North Korea’s nuclear and missile programs, toughen financial restrictions and cargo inspections, and add additional companies and individuals to the sanctions list.

Any fresh international sanctions are certain to infuriate Pyongyang, which has claimed the right to build nuclear weapons to deter alleged U.S. aggression.

After its successful Feb. 12 atomic test, the North’s Foreign Ministry said the test was aimed at coping with what it called U.S. nuclear threats and warned that the country would take unspecified “second and third measures of greater intensity” if Washington maintains its hostility.

Pyongyang has blamed Washington for leading efforts to impose the toughened UN sanctions for December’s rocket launch that it says was only aimed at sending a satellite into space.

North Korea and the U.S. are still technically at war because the 1950-53 Korean War ended with an armistice, not a peace treaty. The U.S. deploys about 28,500 troops in South Korea to protect its ally.

The North’s latest nuclear test was seen as a step toward building a bomb small enough to be fitted on a missile capable of striking the United States, which outside analysts don’t believe the North has achieved. AP