Space-A is making a “Return” to the scene

Space-A is making a “Return” to the scene 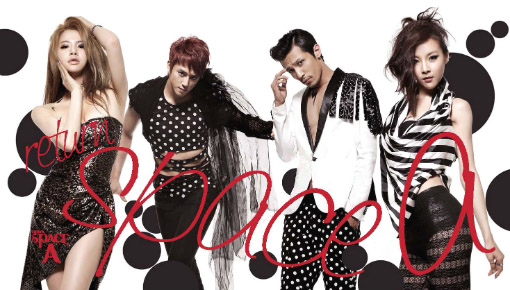 They may seem new to some younger Koreans, but ‘90s mixed group Space-A, is returning to the country’s pop scene with their first new album in 11 years, “Return.” The title of the album has been chosen by the members to signify the restart of their music career.

The four-member group, made up of two girls and two boys in their late 20s and 30s, made their debut in 1997 with “Scarlet Letter.” They enjoyed immense popularity and released four albums, the last in 2002.

The group said they made a remake of their hit song “Sexy Man,” perhaps their best-known song.

The group has said Wednesday they are set to embark on new activities by appearing on the M Countdown for the cable music channel Mnet last night.