Government focuses on getting prices down

Government focuses on getting prices down 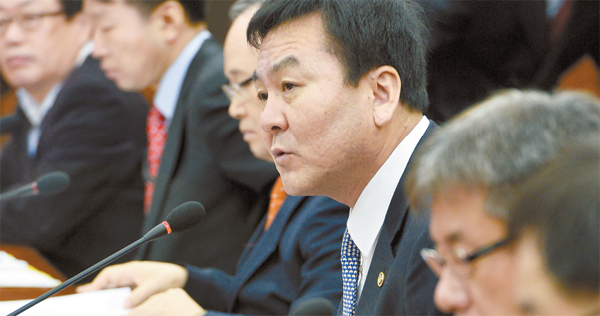 The government is planning to simplify the retail industry’s overly complex distribution system, blaming it for keeping food prices up. The goal is to ease the heavy burden of grocery costs the working class is facing amid the struggling economy.

There’s also a plan to raise the number of products under the scrutiny of the government-financed consumer report, which launched last year, to help shoppers make informed decisions when shopping. The Agriculture Ministry separately announced that it is increasing the supply of Napa cabbage, the key ingredient in kimchi, and onions, whose prices have surged over 90 percent since last year.

At a meeting on price stabilization at the government complex in central Seoul yesterday, government departments such as the Finance Ministry and the Fair Trade Commission agreed to speed up measures that will simplify the distribution system and enhance controls on consumer prices. 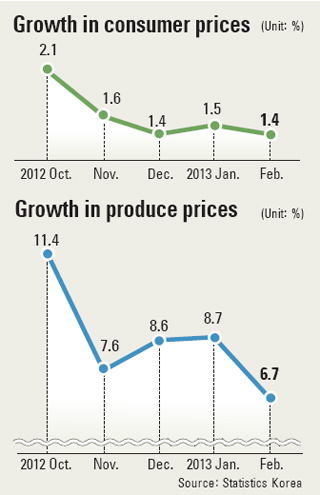 The previous deadline for the measures to go into effect was the end of June, but that was bumped up to May at yesterday’s meeting.

“With the participation of the related government departments, research institutes and the private sector, we plan to improve the retail industry distribution structure with speed and accountability,” said Shin Je-yoon, the vice finance minister and Financial Service Commission chairman appointee who presided over the meeting.

Shin added, “The government plans to strengthen the monitoring of product prices so the stabilization of international raw material prices can be reflected, and also improve the ability of consumer groups to analyze primary costs.”

Although consumer prices have held steady in the 1-percent growth range over the past couple of months, prices of daily necessities such as fresh produce have remained high.

The administration said the overly complex distribution system is the culprit behind the high prices of fresh food and daily necessities.

A government report noted that goods go through five to seven distribution steps before reaching the consumer.

In trying to fix the problem, the government plans to increase direct trade between farms and consumers and to work out a system for managing the supply of fresh produce. For processed goods, it plans to encourage alternative markets such as that for cheaper goods that have been repaired or reassembled.

The government also plans to bump up the number of products covered in the consumer report and include things like kimchi refrigerators and cosmetics. The report first studied hiking boots then expanded its research to insurance and baby strollers. It received a very positive response from both consumers and businesses alike.

Separately, the Ministry for Food, Agriculture, Forestry and Fisheries announced that it will expand the supply of Napa cabbage and onions. A single Napa cabbage retails for nearly 4,000 won ($3.69), which is 37 percent higher than the same period last year. A kilo of onions are on average 97 percent more expensive than a year ago, at 2,700 won.

The Agriculture Ministry said it will supply 4,000 tons of Napa cabbage at lower prices than the current market value. It also plans to provide more than 40,000 tons of onions.