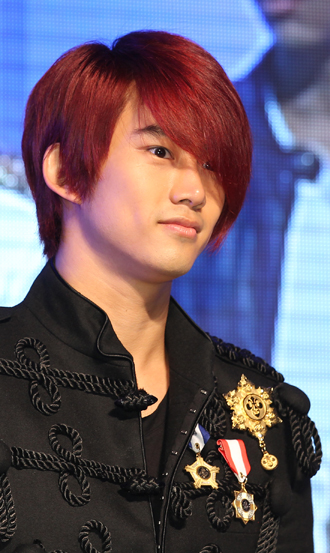 Taecyeon of 2PM said that his new ring is a gift from his parents, disclaiming rumors that it might have a hidden romantic meaning on Tuesday.

He posted a photo of himself wearing the ring on his index finger via Twitter.

“I found this ring after two years, and that’s why I’m wearing it. Do not make any [assumptions],” he said.

Meanwhile, Taecyeon has been filming the international version of MBC’s reality show “We Got Married.” He is paired with Taiwanese star Wu Ying Jie in the program and recently went on a honeymoon with her.

Another boy band member, Lee Hong-ki of FT Island, is paired with Japanese actress Fujii Mina in the same program.

The international version of the reality show will be aired in April in 21 different countries. For local fans, it will be aired on cable channel MBC Everyone.